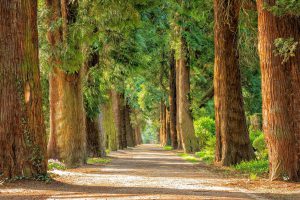 I’ve worked in IT for over 30 years now and I’ve been in a software development role for 22 of those years.

Last night I was doing some yard work. I had a huge pile of branches, limbs, twigs that I had pruned off a tree and I needed to clean them up. To do that I had to cut them up & put them in a large trash bag.

The pile was a bit overwhelming, but, of course, each time I chopped one up I saw the pile grow smaller.

While doing the work, I did become very tired. Sometimes you have to break a large project down into a smaller sprints. You have to encourage yourself that you’re getting something done and celebrate your victories.

Main Point: Be Relentless
I knew that if I just kept cutting up the individual pieces I would eventually get done if I didn’t entirely abandon the project.
I just had to keep on going, no matter what. Sure, I could take breaks. Breaks are great. I just couldn’t give up entirely…and I wouldn’t. That’s what got me through.

It’s the same thing with tech projects. If you’re feeling overwhelmed with getting some part of your project working, just take a break and come back to it later. A lot of times that will help to inspire your best work anyways.

Just Don’t Give Up

We all get overwhelmed by projects. Even after 30 years of working in IT and seeing & learning a lot of technology (& numerous programming languages) I still get stuck.
That’s when I know it’s time to take a break and reset.
Later when I come back to it, I’ll think of a new way to get around the challenge.

If you’re feeling frustrated with a project, just take a break and work on other items. You’ll be amazed at how rejuvenating it is.
Just don’t give up forever & you’ll do great.

One Branch At a Time